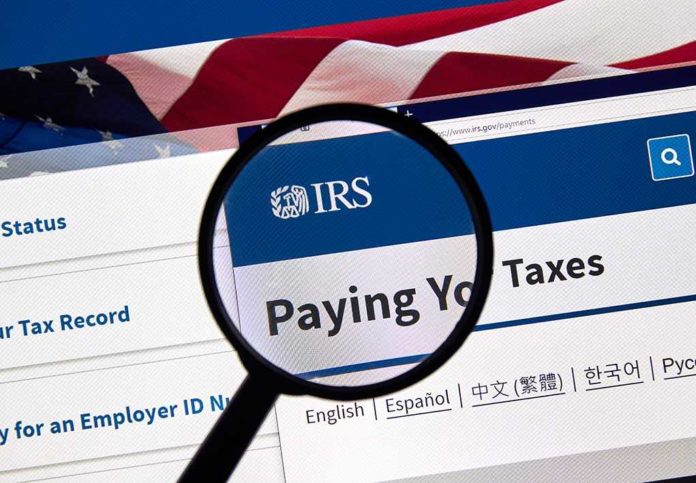 (LibertySociety.com) – The American Rescue Plan Act of 2021 became law on March 11 of last year, bringing with it changes intended to provide relief to citizens of the US in the wake of the pandemic. A few of those initiatives involved adjustments to the tax code, including bringing down the threshold for third-party payment processors to issue a Form 1099-K from $20,000 over at least 200 transactions to just $600 with no minimum number of transactions. Although the new measure was supposed to affect the 2022 tax year, the Internal Revenue Service announced on December 23 it was delaying the change until the following tax-filing season.

The 1099-K is a tax form issued by platforms like Venmo, PayPal, and Etsy to taxpayers who go over a certain dollar amount in sales. If an individual or business exceeded $20,000 through 200 or more transactions, the entity would issue a form to the taxpayer and the IRS. The new law brought that number down to just $600 and eliminated the minimum transaction trigger, meaning more people would likely receive the form, and the IRS would be made aware of the taxable income.

It’s worth noting the change did not trigger any additional taxes for the individual taxpayer, as business income of any size was already subject to tax. The difference simply gives the IRS a wider net to ensure those who owe pay what’s due.

According to the IRS announcement, acting IRS Commissioner Doug O’Donnell said the delay was in response to the many concerns that came in about implementing the change. The agency wanted to make sure the transition to the new threshold system goes smoothly, so it’s giving taxpayers and businesses additional time to prepare for the change. Since only taxable transactions are supposed to trigger the form, it will take time for third-party payment processors and the like to figure out how to identify the proper money movements. Sending money to friends and family, gifts, and personal expenses should not trigger a form, while income from side gigs and business affairs should.

The Washington Times reported some small-time sellers may be concerned about the new lowered threshold, as it could make tax time a bit more confusing going forward, and many fear a higher tax bill as a result. However, the change is merely in reporting.

While everyone is adjusting to the upcoming change, the IRS said the old threshold will stay in effect.